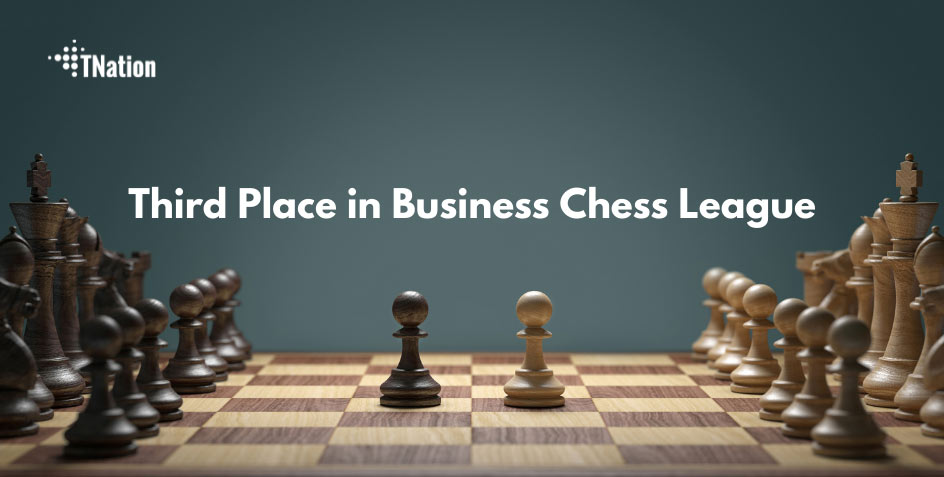 Red Star Chess Club in Belgrade organised the Business Chess Tournament for companies and entrepreneurs around the country. TNation received an invitation for all chess lovers to participate as a team of four. And of course, we sent the best of our colleagues to the tournament. Despite the tough competition, TNation developers and the CEO won third place among all the companies.

Red Star Chess Club in Serbia celebrates 75 years of existence and their chess victories with a friendly Online Chess Business Tournament. The competition aims to develop and popularise chess through the gathering of fans and enthusiasts of the game. TNation was among invited companies and entrepreneurs who live and work with a love for the game.

On Monday, the 15th of November, the competition started with numerous companies and individuals testing their skills. The tournament lasted for two hours, and each match lasted for ten minutes.

As usual, our competitive colleague and software engineer had the most points. “Powerful competition with quality teams. We started slower but in the end, stepped on the gas and won a terrific third place! We’ll be back for gold soon. Stay tuned.“ Branislav Stevanović, the software engineer at TNation, remarks with a confident smile.

The second out of four team members with the most points is Arsenije Milin, Junior software developer:

“I would say a great experience, great organisation of the tournament, the opponents were outstanding, so we narrowly ranked second. I am sure we will make an even better result next time. I want to thank the organisers, and I hope that there will be another opportunity for the competition.” comments Arsenije.

The other two chess participants were CEO Siniša Kresojević and team leader Igor Savić. Although the tournament was laid on foundations of competitiveness, the match was designed to initiate support for the development of chess by Serbian institutions, organisations and individuals. We hope we will participate next time and have an opportunity for a revanche as the Red Star Chess Club motto says – We are one nation, to victory!

Rankings are based on their overall scores

TNation is a software development and outsourcing company offering nearshoring services in Serbia. 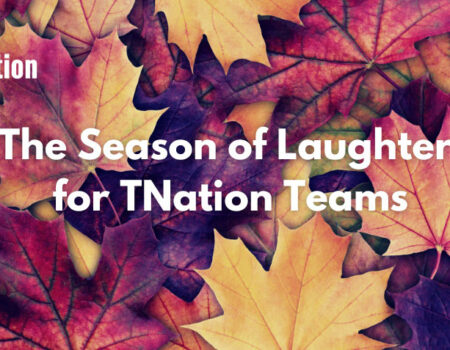 Autumn – the Season of Laughter for TNation Teams

TNation teams had a successful fall season. There was much work but just as much entertainment. 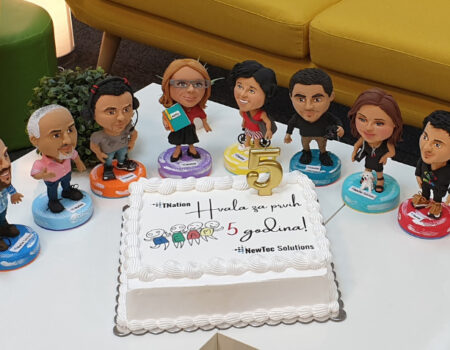 Employee Anniversary Recognition in the Form of Mini-Me Personalised Dolls

There is work, fun, and somewhere in between, celebrating TNation employee work anniversary! 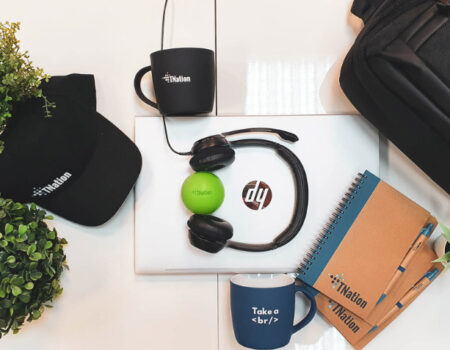 Summer vacations are over, but TNation was diligent during the holidays. As the heat winds down, we are looking forward to the upcoming months.